While visiting the filming today I got really interested in watching two of the fight scene rehearsals. The stunt doubles for Jacqueline Toboni and David Giuntoli were present along with some other guys working with them. There were also two guys that looked like the fight coordinators. They used the big blue machinery to hook the ropes to for pulling. There was another guy who was doing the pulling. The big arm of the machine could be moved up and down and it took a lot of adjustments to get it right.

While I was watching from across the corner the gentleman in the plaid shirt and the girl who plays Jacquelines stunt double came over and introduced themselves to chat a bit. They were super nice. He is one of the fight coordinators for GRIMM.

The first fight scene was done on the corner across from where the boxing ring warehouse is. It included using a older car. They used lots of large pads on the street and it was pretty fun to watch. 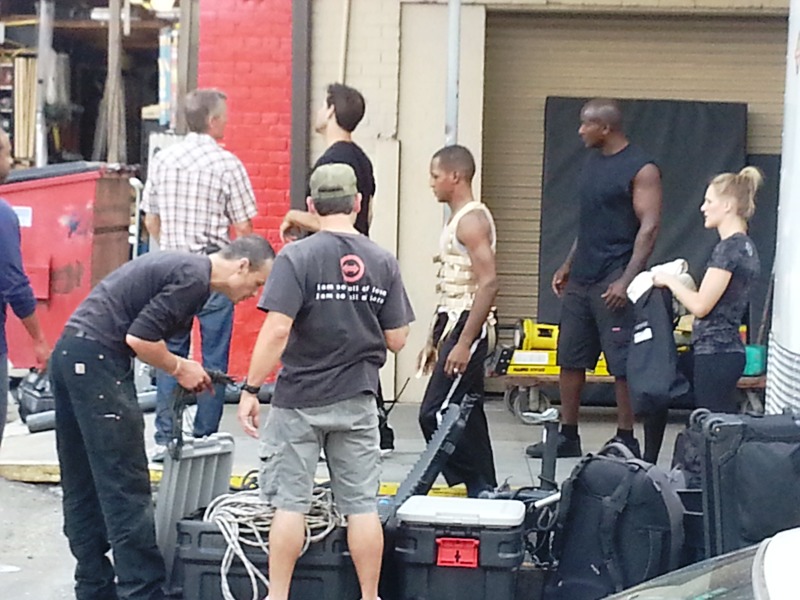 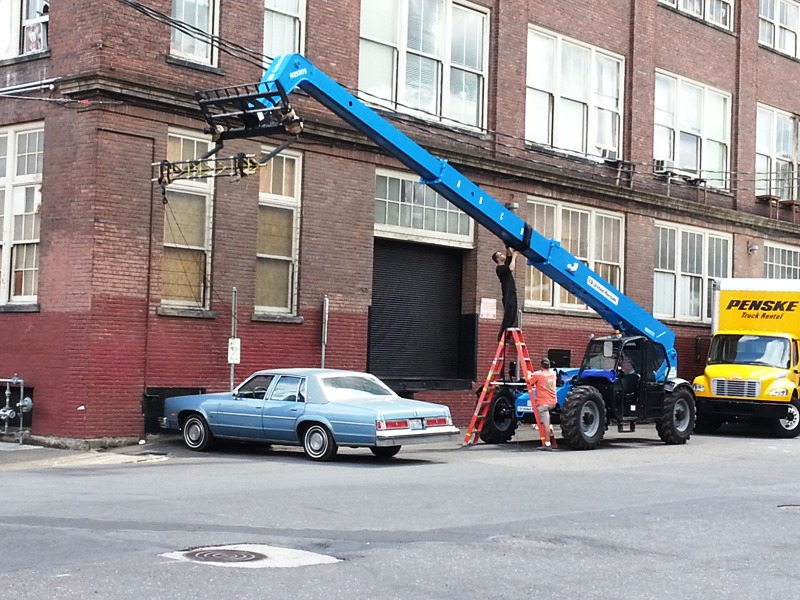 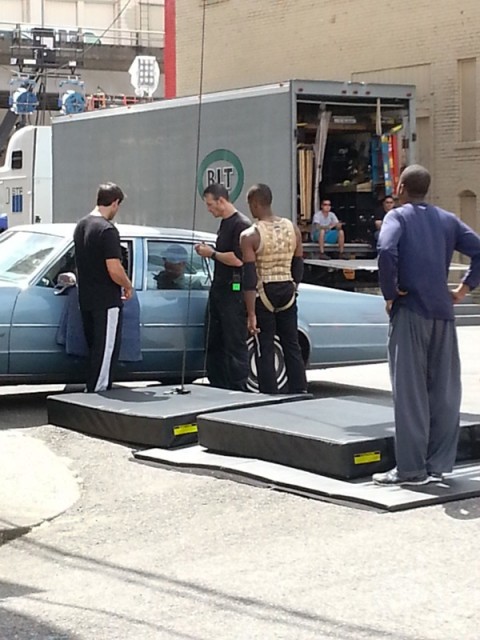 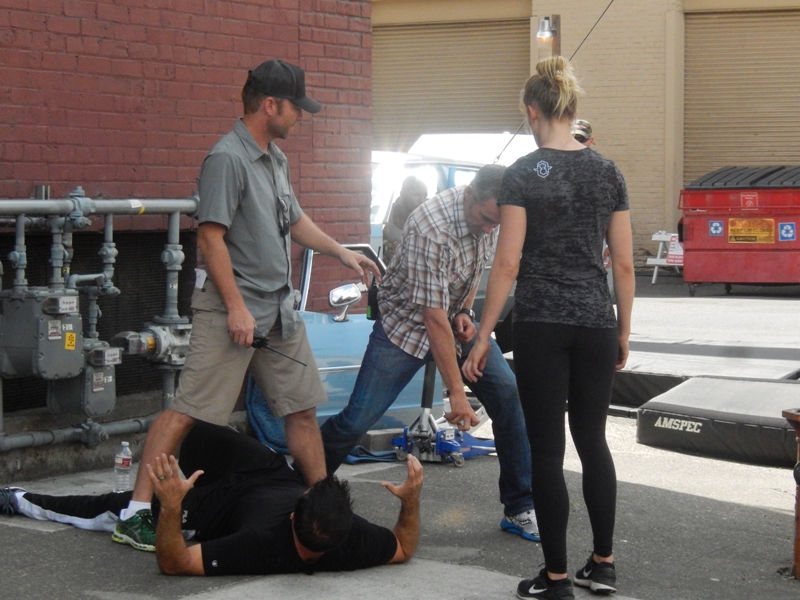 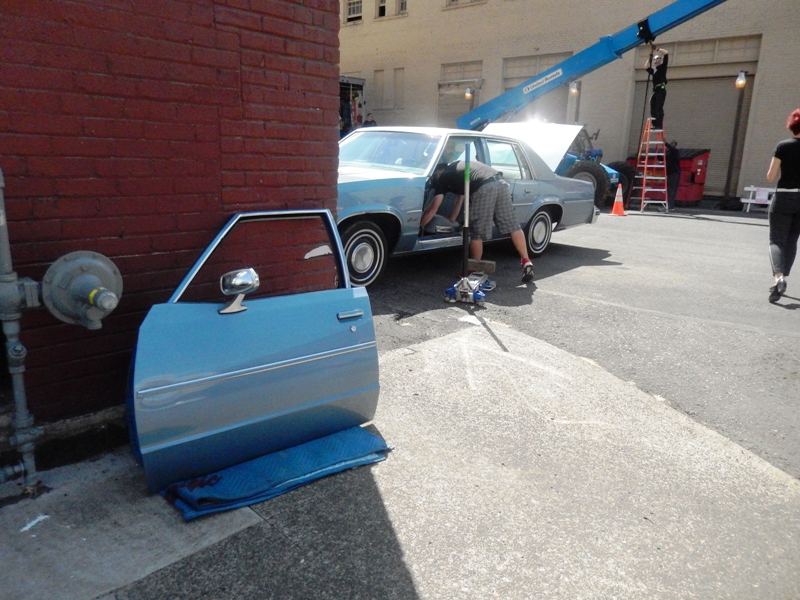