The news got out last week that they were doing a GRIMM filming shoot at The Old Church in Downtown Portland. They put up the signs around the area to let people know of the disruptions to traffic and parking. The Old Church is now not used as a church but is primarily used for weddings and special events. I have been to a couple of weddings there and the space inside is not very large, maybe holding up to 125 for a wedding.

The Grimm crew has been busy for the last couple of days decorating the church inside and out. The sign has been changed to Greek Orthodox Church. They have brought Christmas early to the church for their filming. They have used lots of green artificial garlands, red bows and even a fresh cut Christmas tree arrived yesterday while I was there. I was told it was fresh cut from a local tree farm. It must have been at least 10 feet tall and smelled wonderful when I walked by.

The Old Church sits right in the center of several newer modern buildings. When it was built it was one of the tallest buildings in Portland, but now it has several taller buildings towering over it. Today is the filming day so I hope to see some of what they are filming for a GRIMM CHRISTMAS. 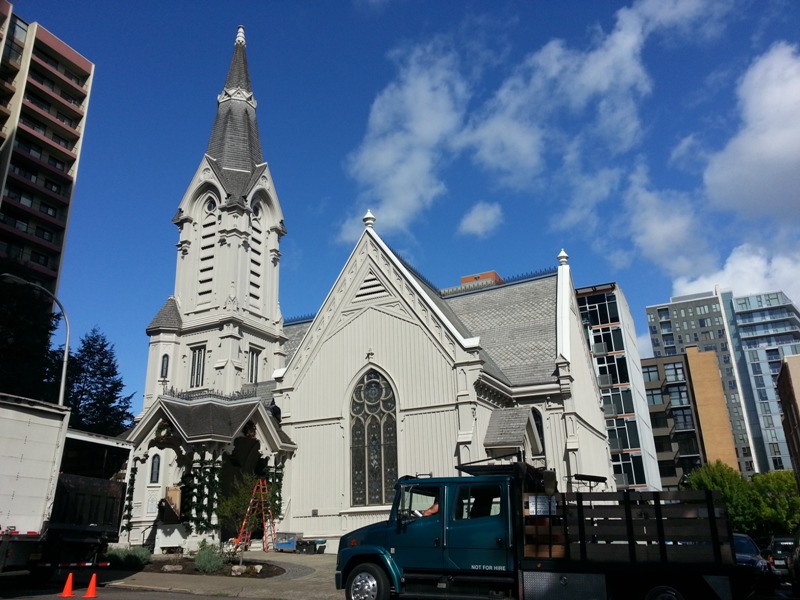 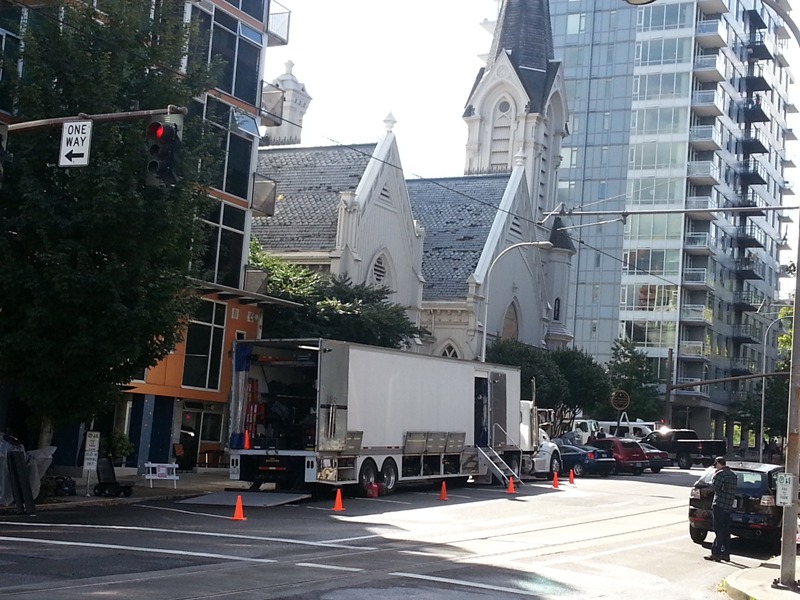 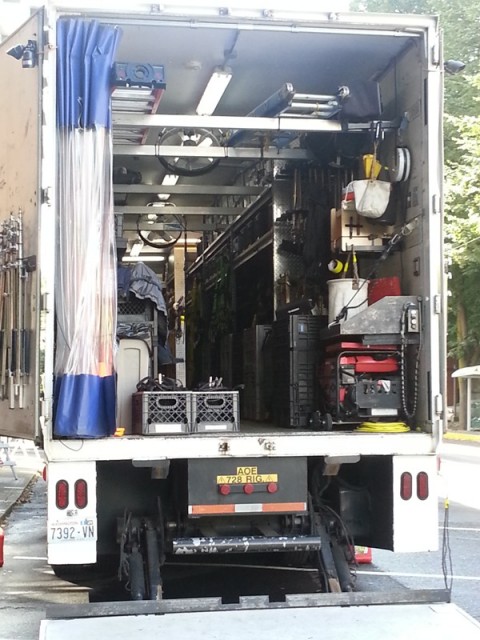 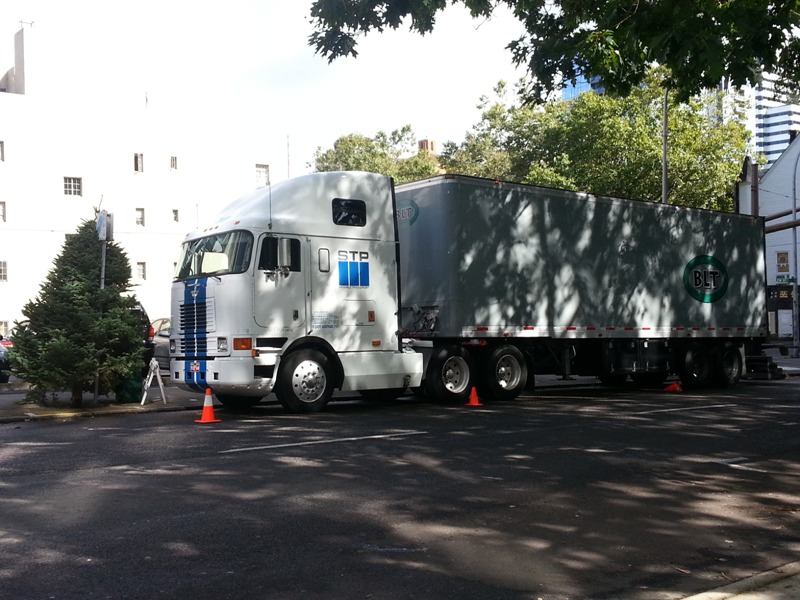 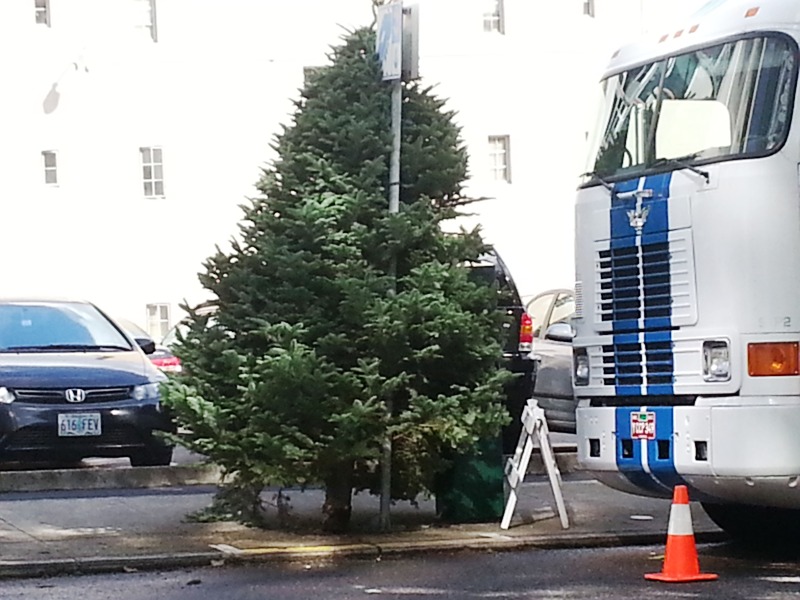 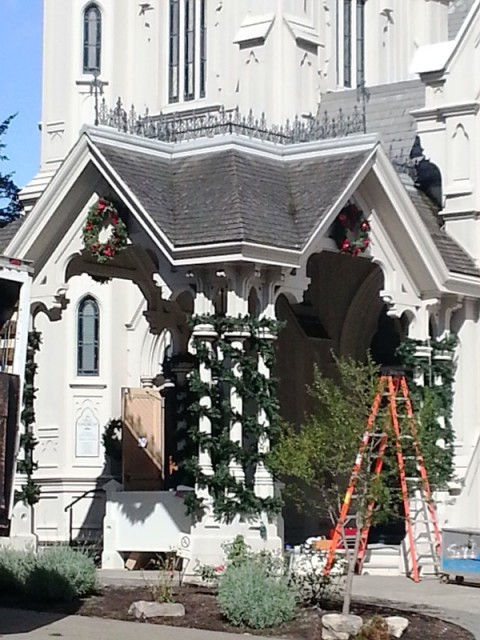 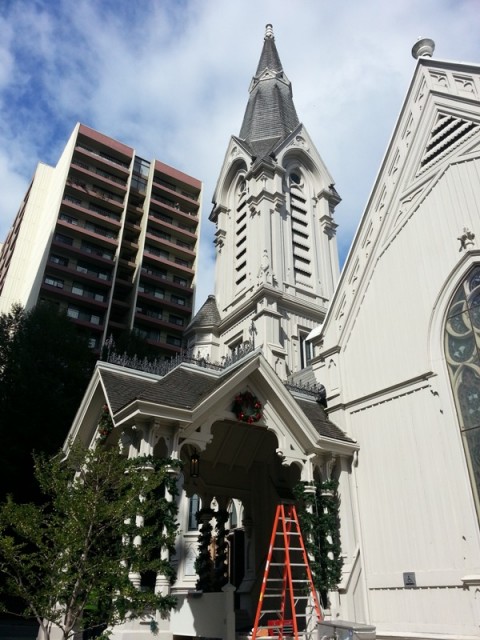 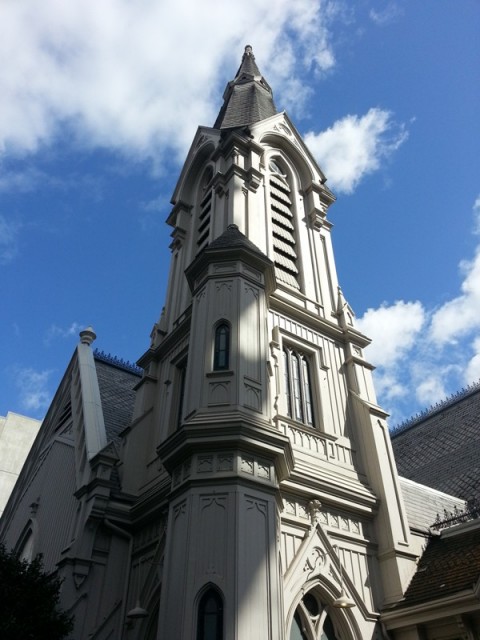 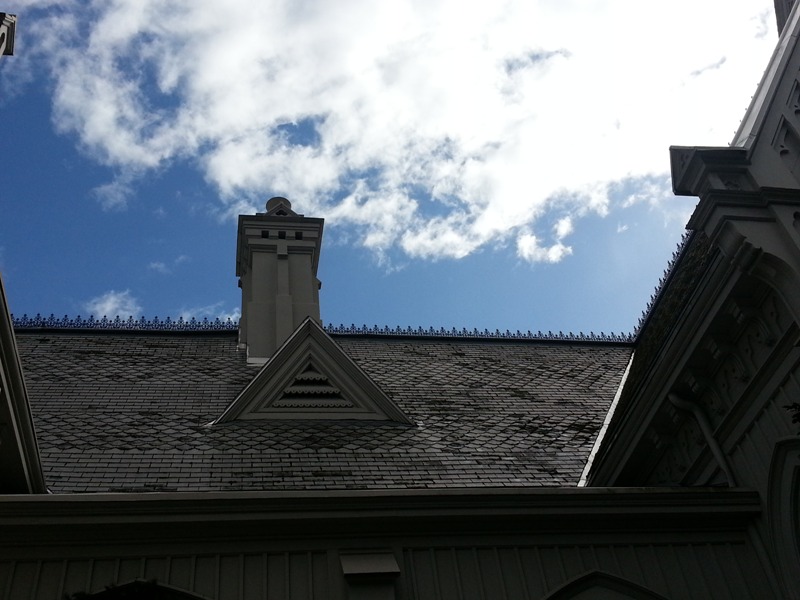 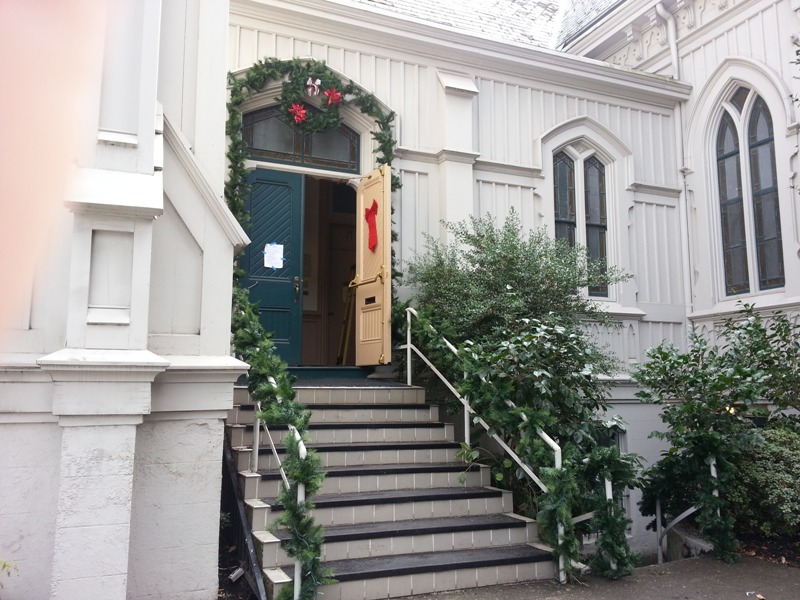 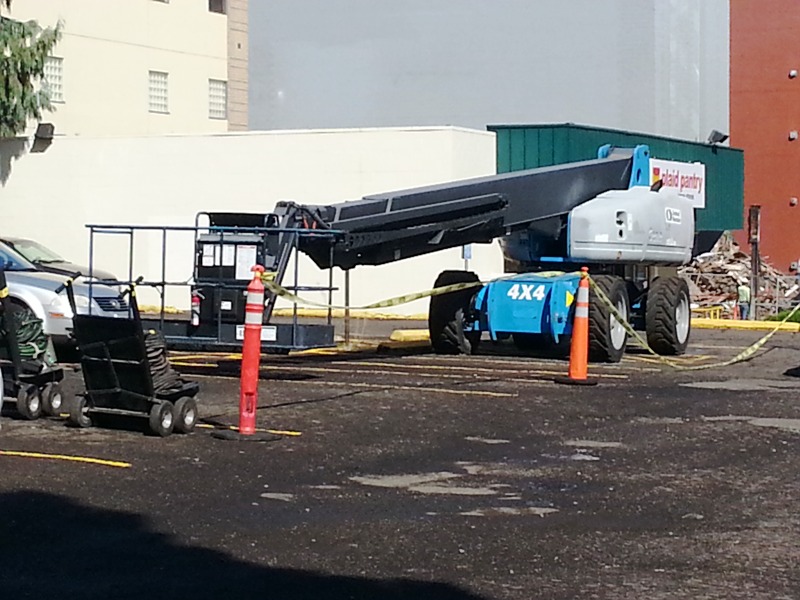 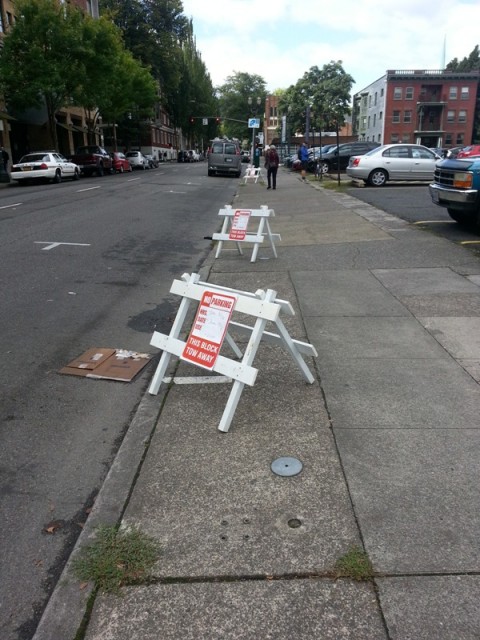 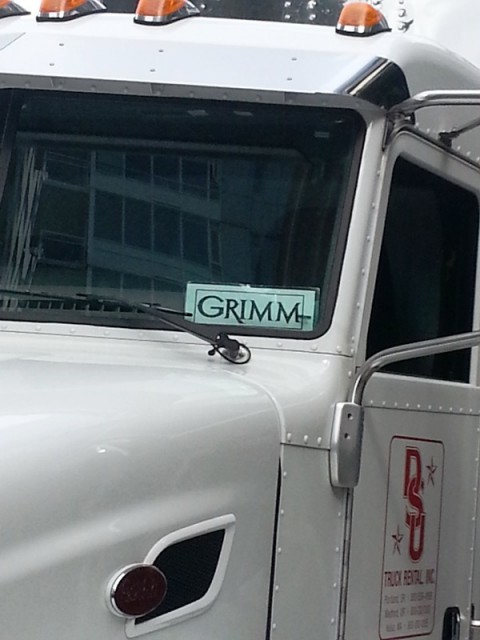