I got lucky on twitter and a person let me know that they were filming at this house this week. They were setting up for the filming for two days and did the actual filming today in an afternoon. The semi-trucks and other trucks were parked along the roads leading to the houses. They once again had the big rigging trucks plus food trucks and several others with lots of equipment. It was a set up for multiple shoots at these two houses. I wasnt able to get there until the late afternoon and heard that I missed a chase scene on the street. They were filming inside one of the houses when I got there and then backed out of the house. They then moved the filming to the backyard so that we werent able to see it. The filming involved two tall men in the black suits. I had not seen them before today. None of the main actors were on this set.

The second part of the filming that I saw was in front of the house at 3601 and it involved a volvo station wagon in the driveway with an actor getting out and carrying a large container to the front door of the house. They did change out the license plate on the car but I could not get close enough to see it. They were using a guy with the steadi-cam for this filming. He was working with the director and going over how to do the shot. The small crowd of onlookers had to move a couple of times because we were reflecting in the windows on the front of the house. I did get a chance to talk with the gentlemen who is the medic on the set. He is the supervisor medic and he is the one who schedules all the others for the shooting. I had heard there were 6 of them working for the Grimm production. He said that they have to have one at every place they are filming and setting up to film. That made sense to me after seeing all the equipment that is being moved and set up for their filming. One other thing I asked about was these huge air ducting units that I have noticed at the other houses where they are filming. It turns out that they pump in their own air conditioning to these homes or apartments because the lighting inside is very hot and these older homes do not have air conditioning. It was another fun afternoon and I was told they were filming in studio tomorrow. But, you never know. 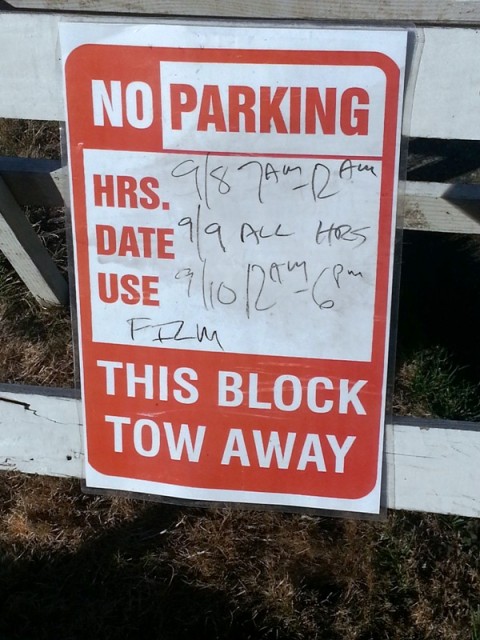 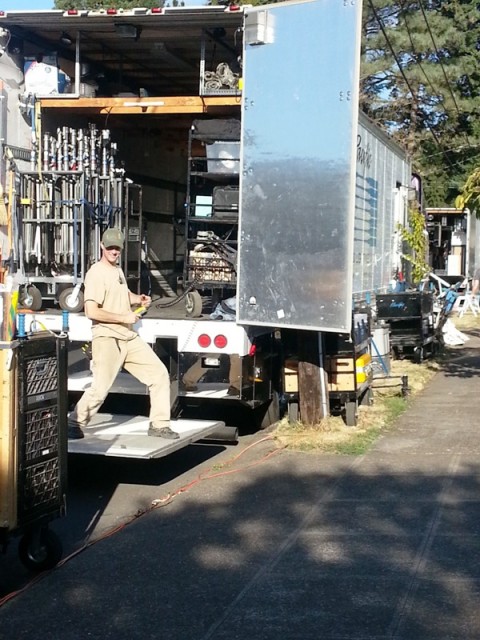 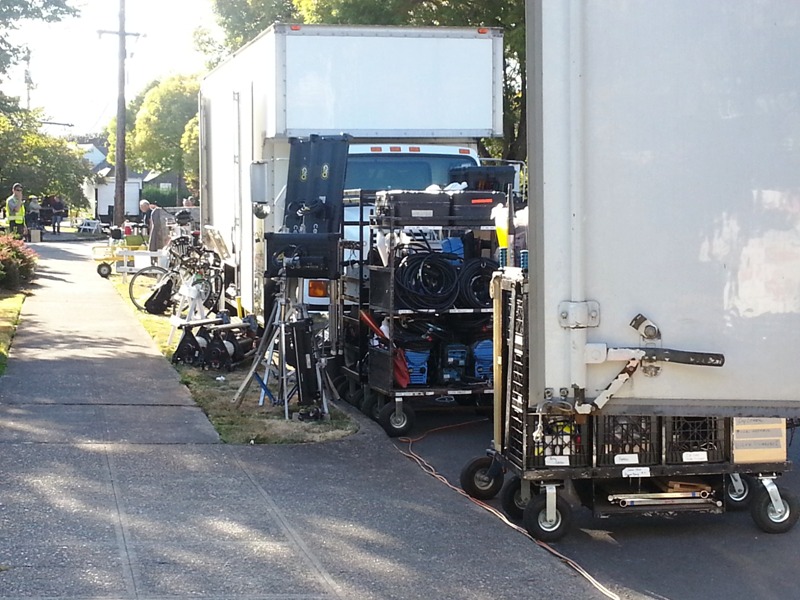 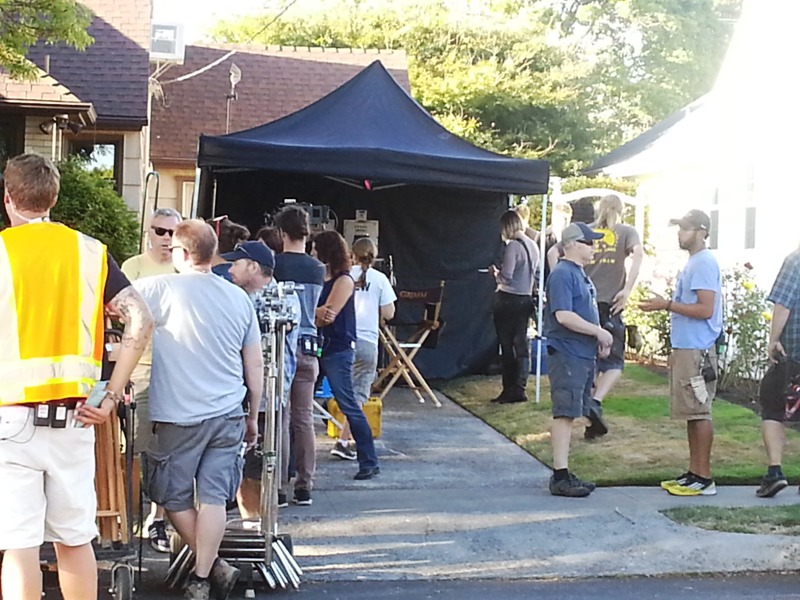 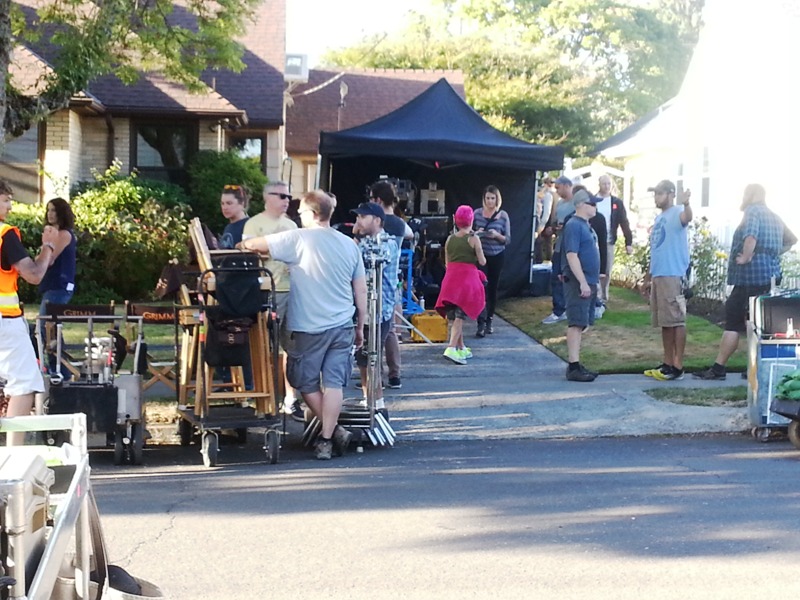 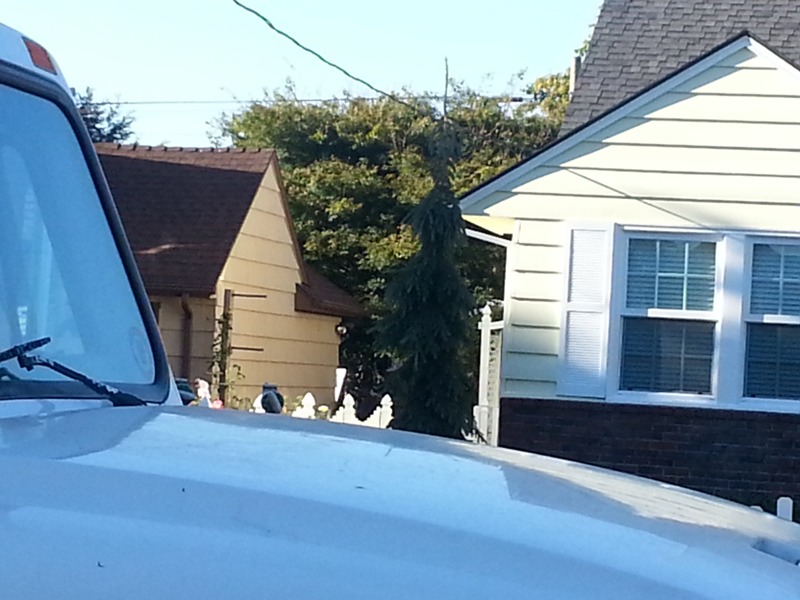 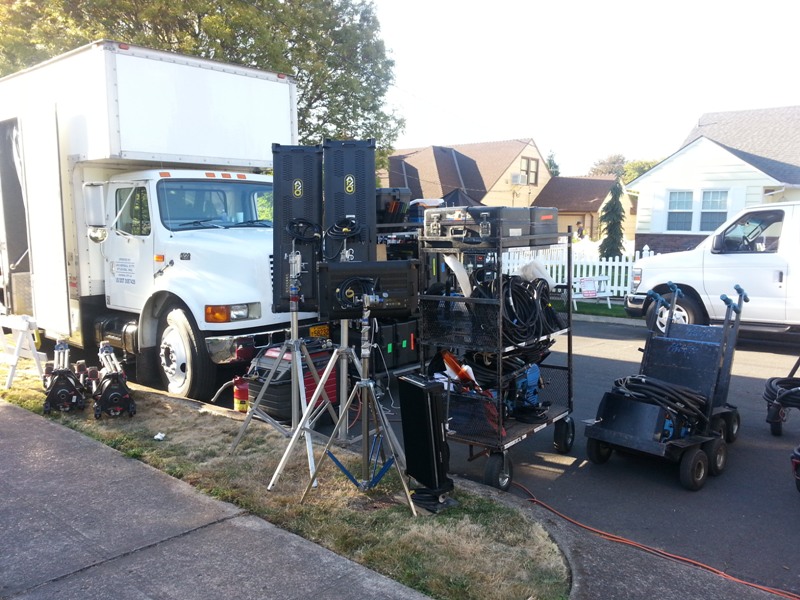 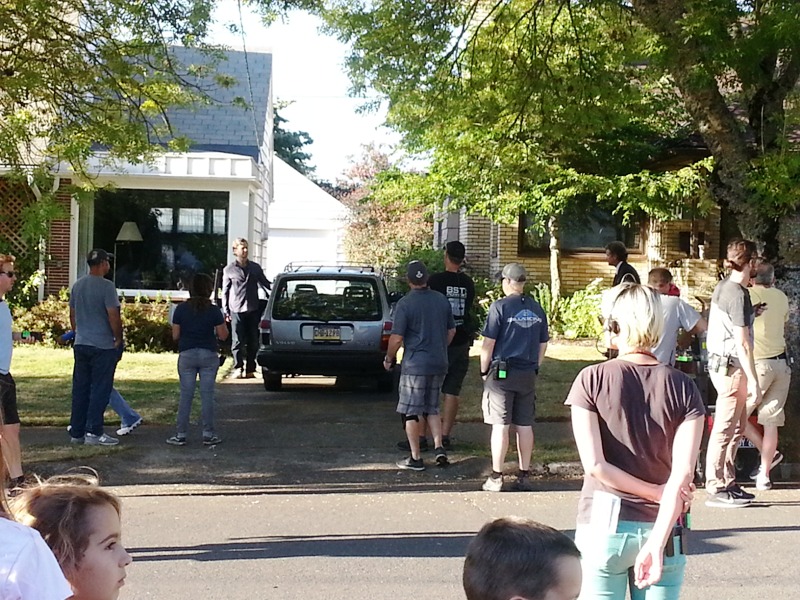 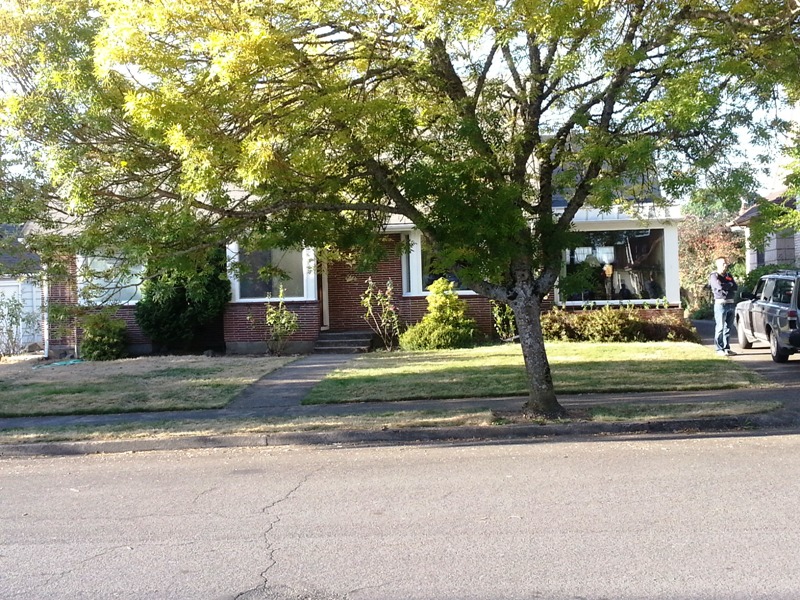 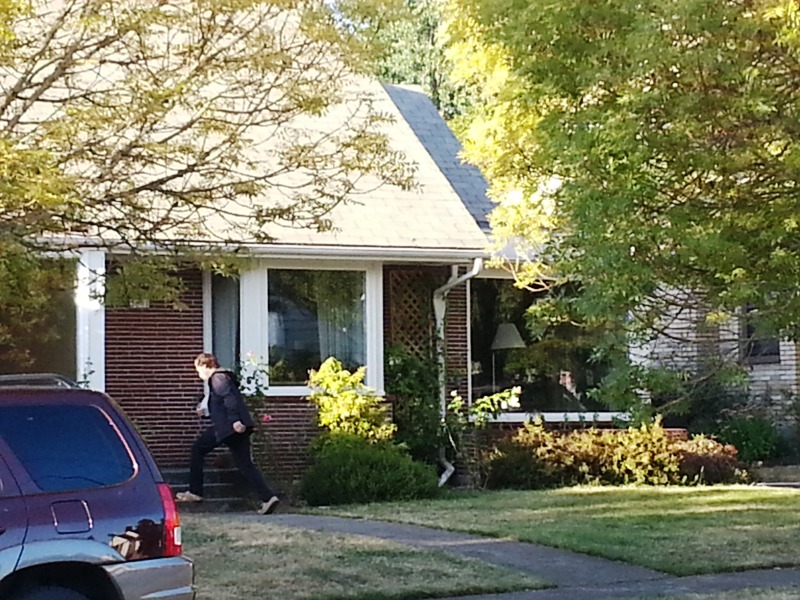 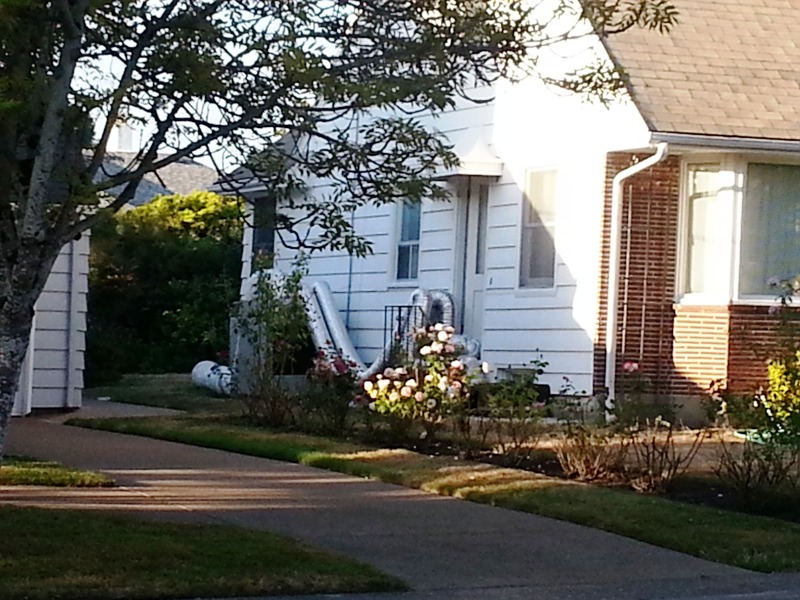 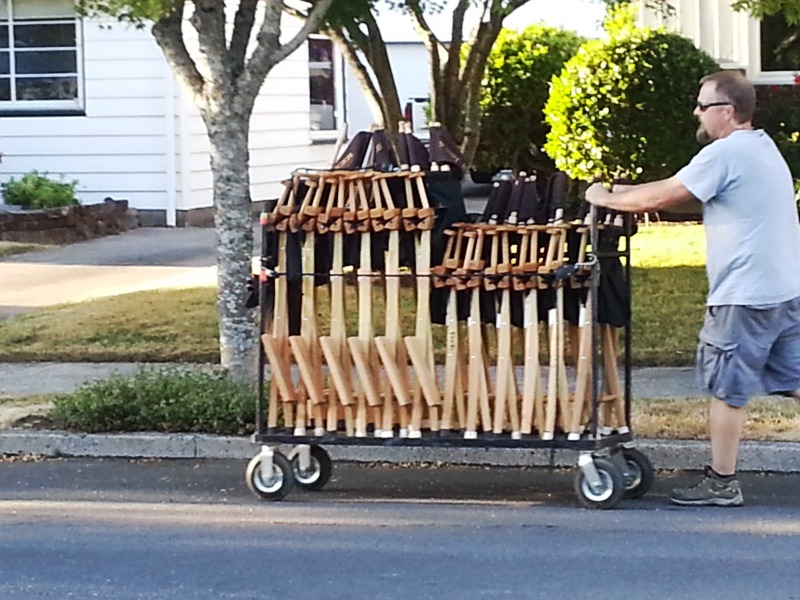 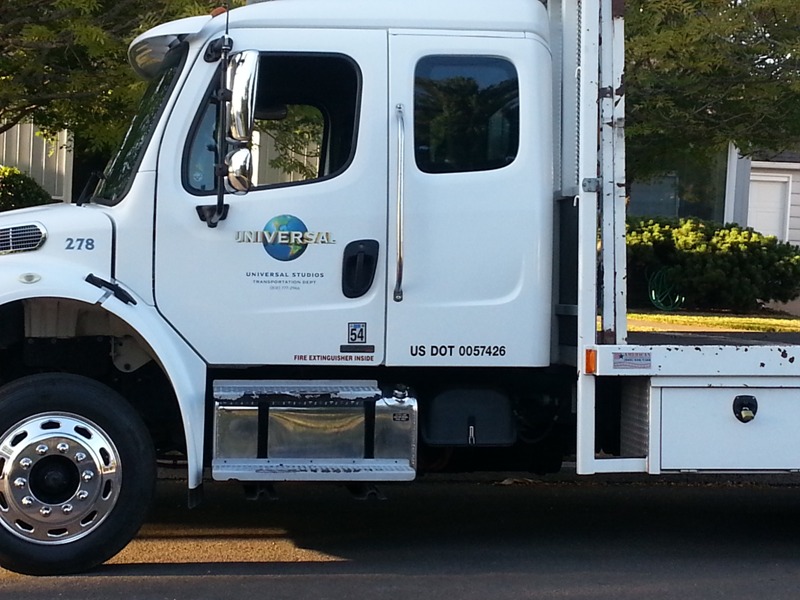 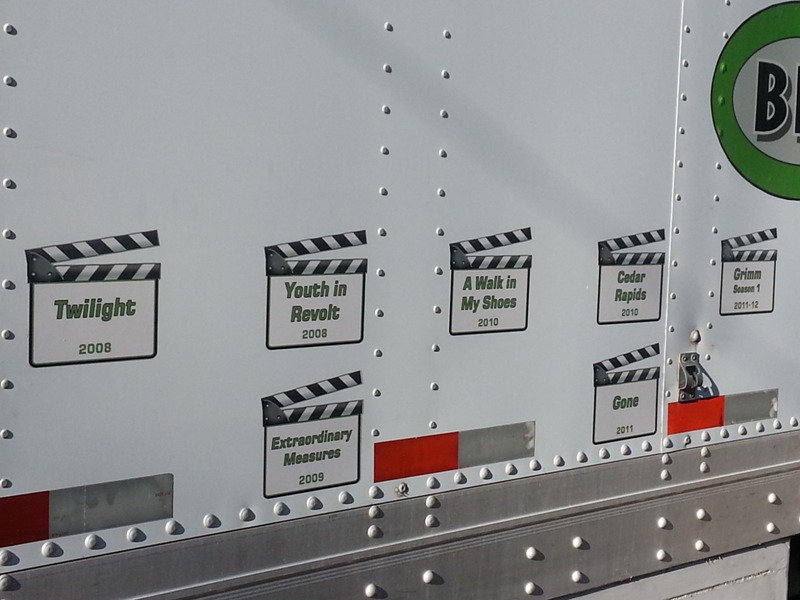