After I left I drove over to the NW Portland location they told me to go to see the current filming. I showed up to lots of trucks, security and to see the end of the filming. They were filming on the street with the three actors David Giuntoli, Russell Hornsby and Jacqueline Toboni plus Hanks blue car. We were able to see them film a scene where they were all three seated in the car. They soon were done with filming and everyone dispersed quickly. David and Russell headed to the white vans to be taken to another film site.

Jacqueline stayed a bit behind and we were able to talk with her and get a photo with her too. I was able to ask her a couple more questions about her character “TRUBEL”. She was not wearing her boots today and had on a different grey t shirt.  She did have on the same leather jacket and jeans. She was wearing cute black/white converse hightops. Very TRUBEL. I asked about her haircut as I see it as a big part of her character. She said she always had her hair short before doing this job, but that it was cut and styled  specifically for her and her character. She is so beautiful up close and has stunning eyes. She then hopped into the van and was off to another filming location. The trucks and people were busy packing up and out of the area really quick, which seems to be the way they operate. I hope to get out next week to see some more filming and will be looking for any tips to GRIMM. 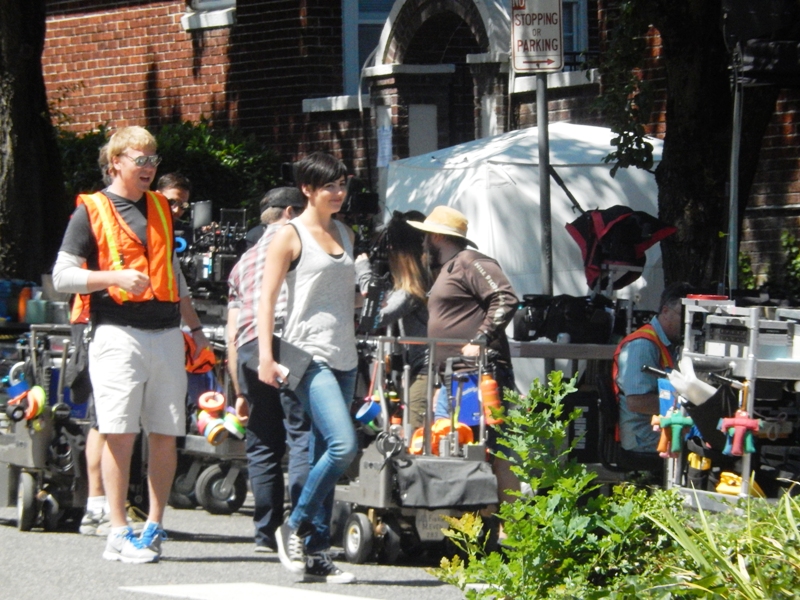 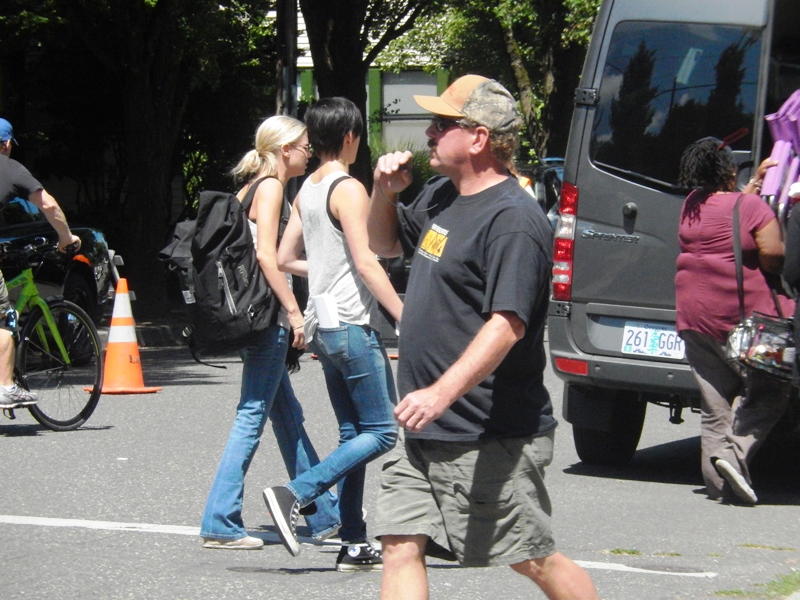 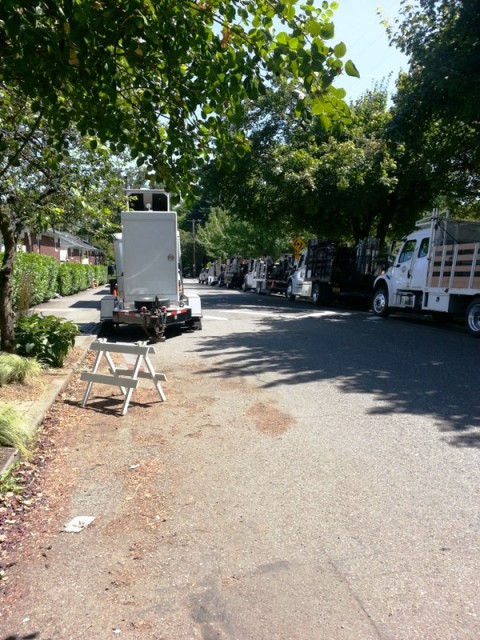 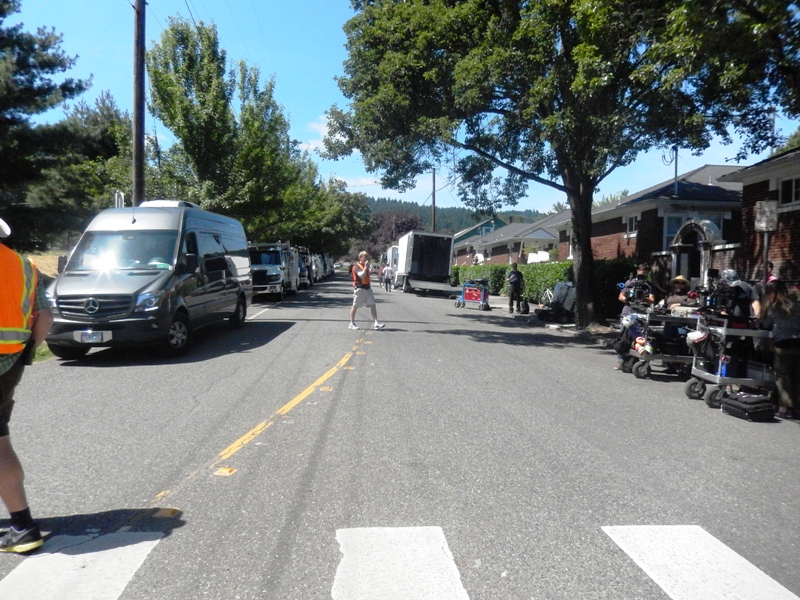 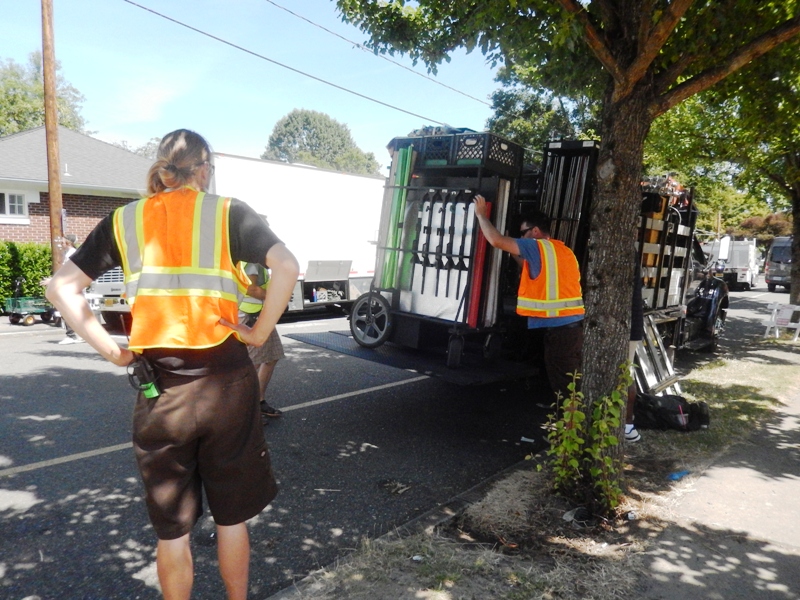