It started off as an early morning to get downtown for the filming today. I was told it would be later morning so I was thinking by noon. I got to the Embassy Suites about 10:30 and they were already setting up on the street at the front entrance. They were unloading all the semi trucks, moving carts, setting up a tent for cast and even dusting off cars on the street. I did not notice at first that Hanks car was parked out front. After walking along the street as they were setting up I then noticed it. They even spent some time moving cars on the street and parking them in specific spots. The street was to be closed to traffic during the filming but the police were not available till almost the end of the time, so the street was full of traffic all day.

They set up cameras across from the entrance of the hotel. The car was parked right there too. The scene had Trubel running out of the hotel and across the street to meet Nick and Hank after they parked their car there. They then talk and she takes off running back inside the hotel. Sounds easy? Not so. The timing with the cars was nuts. Then because its a hotel there were people coming and going on the sidewalk and taxis and shuttles out front. They used about 20 extras for people passing on the sidewalk. The day started with the cast in short sleeves because it was hot. When they started filming they all had to put jackets on as it was fall time in Portland. The stand-ins for the three cast members were also on set. It turned out to be only filming this one scene with the three of them. They were finishing about 1:00 pm. When I went back about 3:00 there was no sign of GRIMM anywhere. All the trucks, equipment, no parking signs and people were gone. I was told they were working in studio now but who knows where they might pop up next in Portland.

One other note on the pics and video. Nicks eyes were incredible. 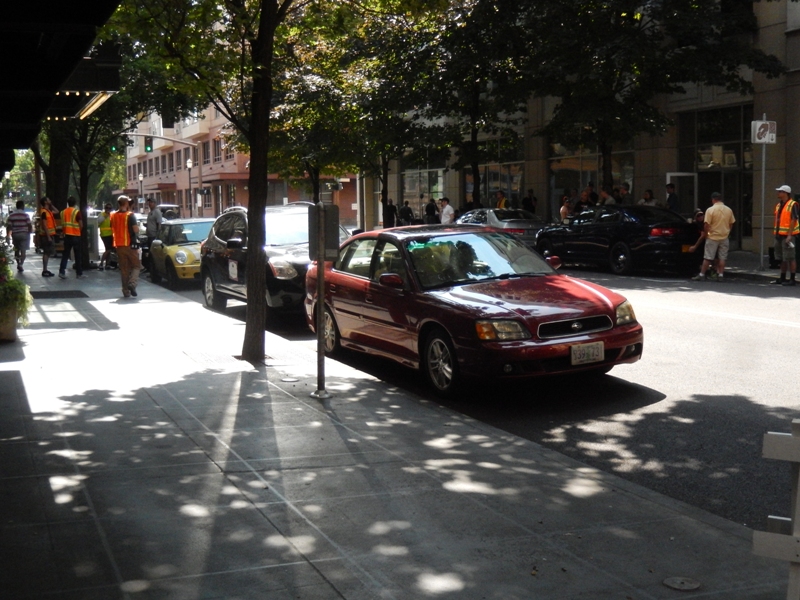 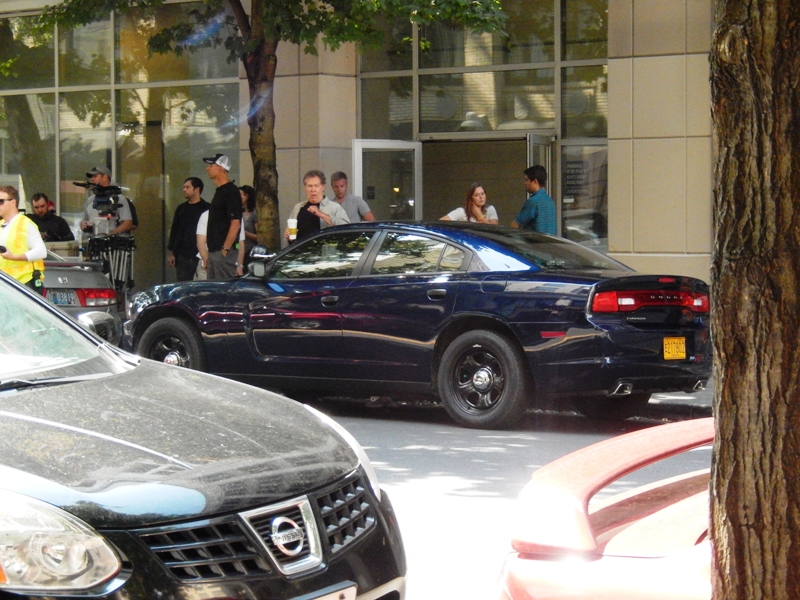 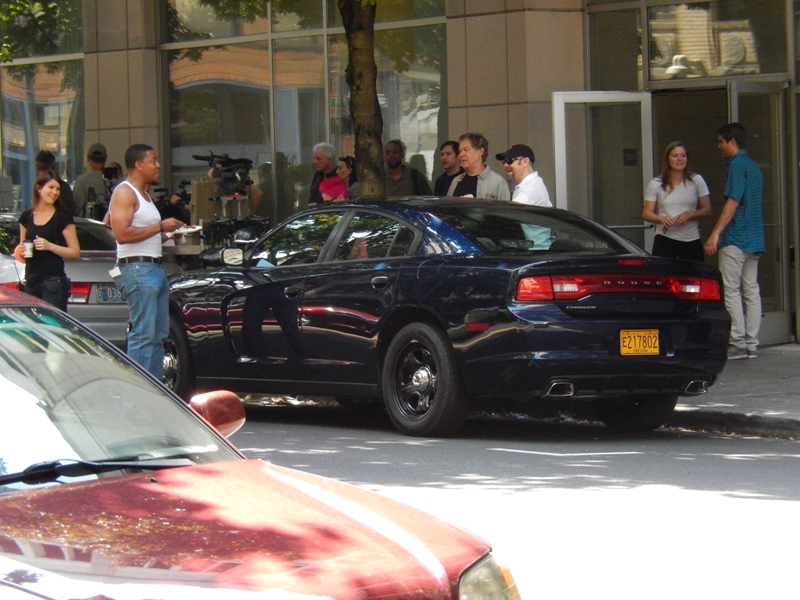 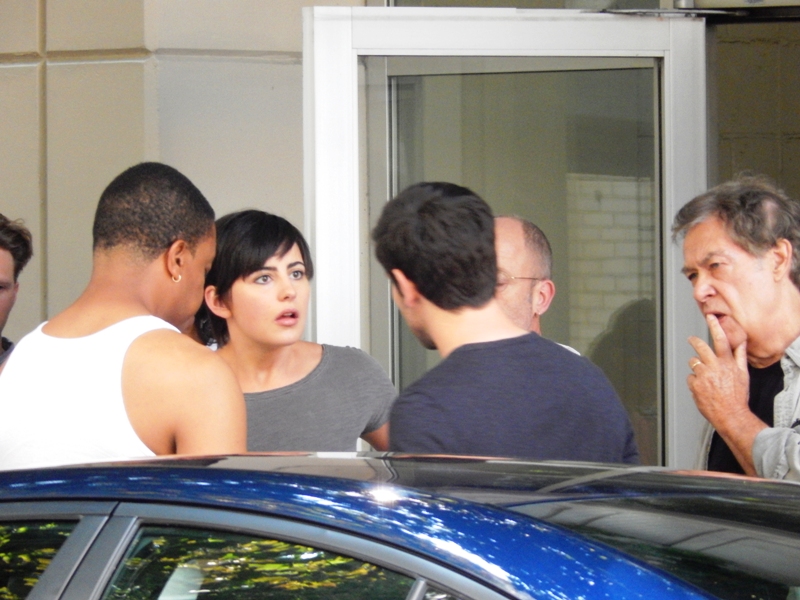 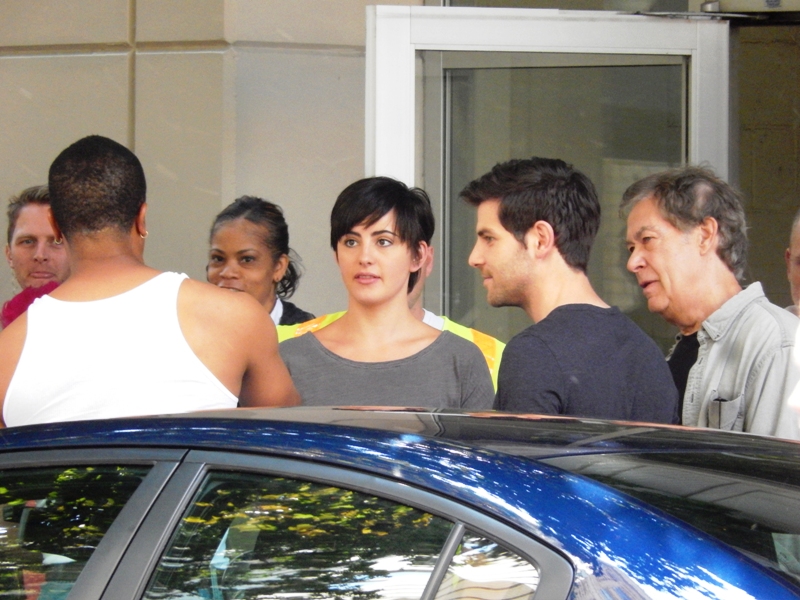 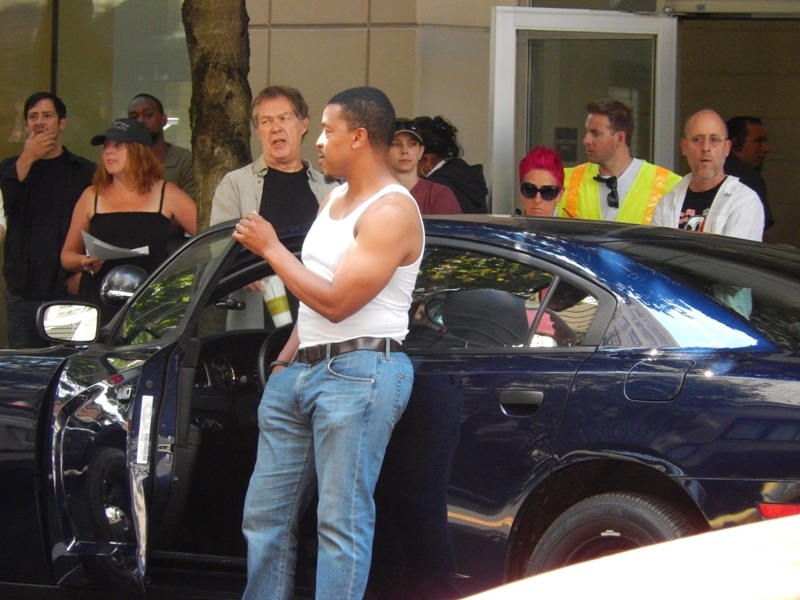 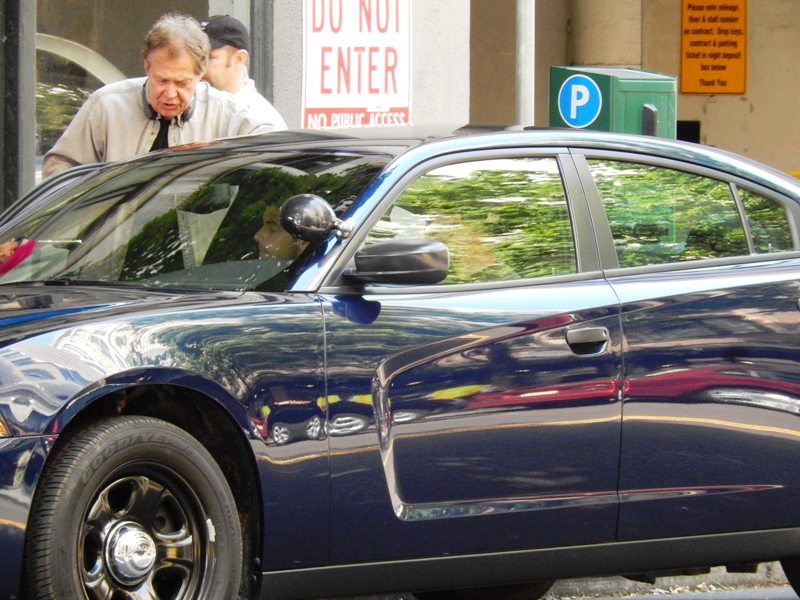 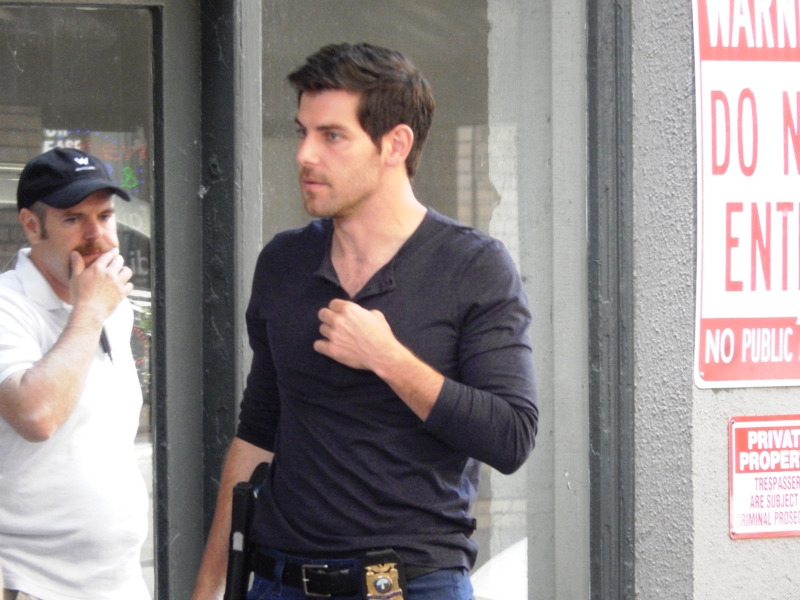 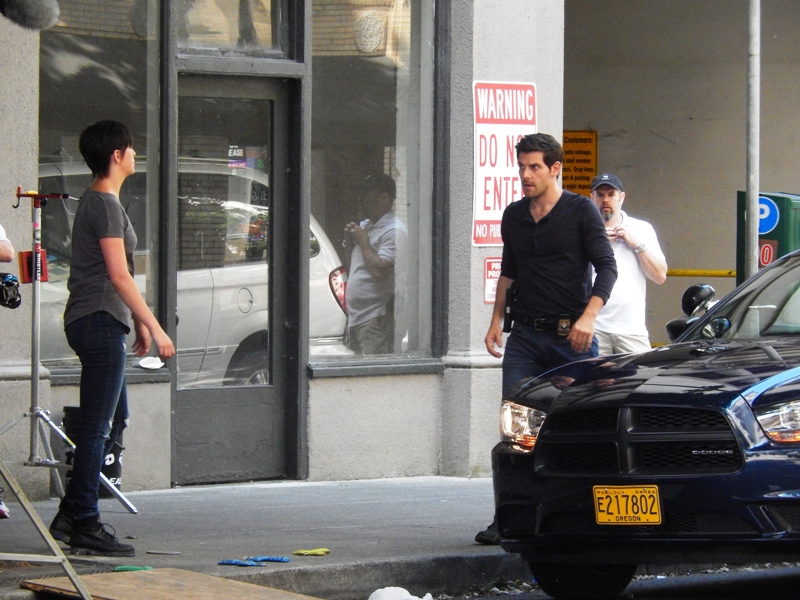 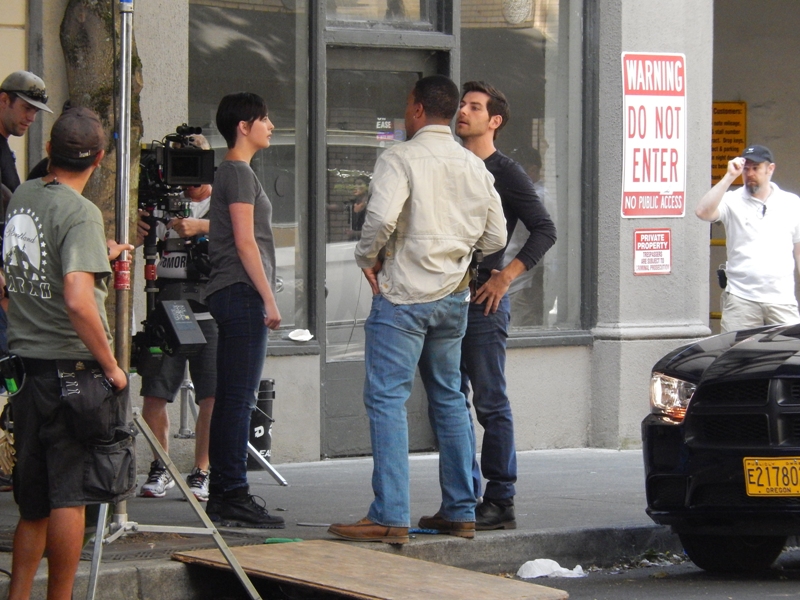 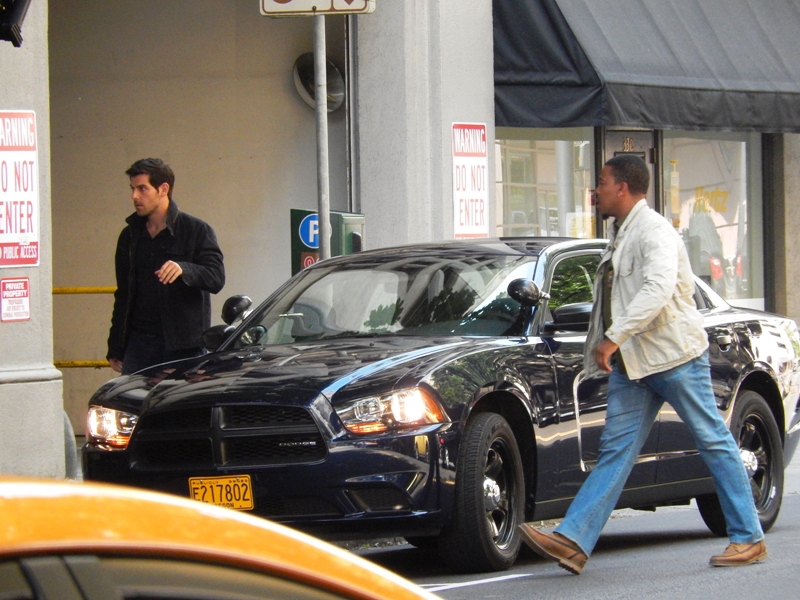 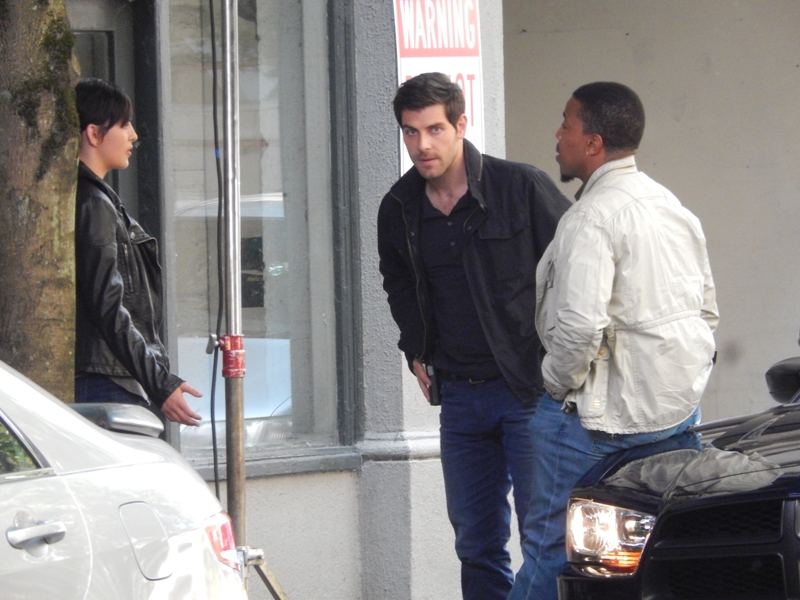 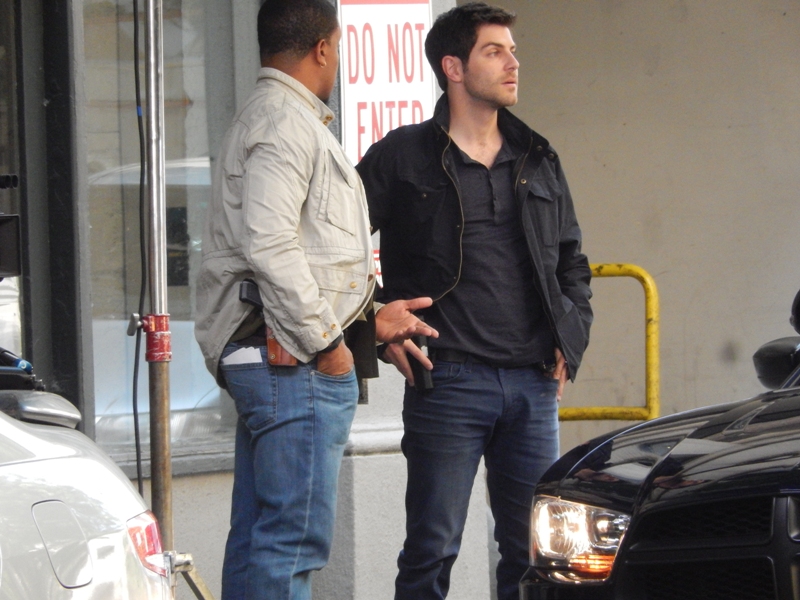 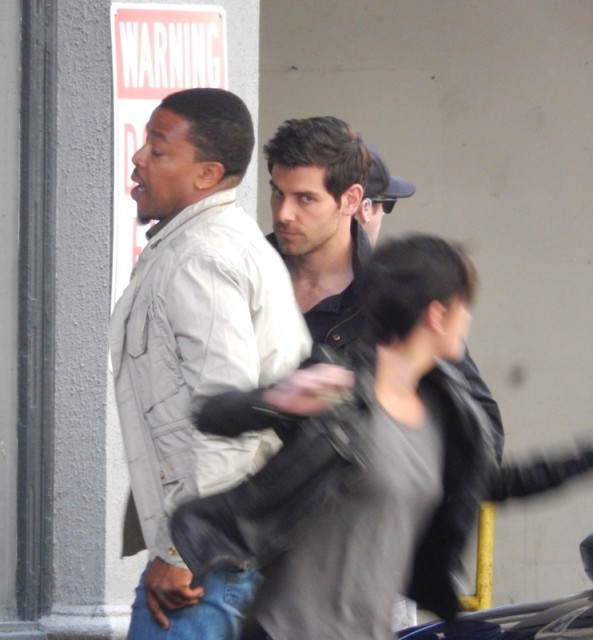