I heard that they were using a warehouse down in the southeast industrial area and found it! A crew member had mentioned this area as their base camp but I found them using this one builing. It is a warehouse of sorts and takes in a whole block with back parking. When I arrived first thing I saw were the no parking signs for today through next week. So Great! Then the trucks starting arriving. Once again the huge semi truck pulled up and they started unloading all the cables and other electrical items. This truck is amazing as its like a Home Depot store inside a truck. They use lots of rolling carts so they can set up and take out quickly. A few of the smaller trucks also arrived, one with all the painting supplies inside. A group of four crew quickly took off with supplies to do some red doorway painting.

Inside the warehouse there was a buzz of activity. They were putting up bars for lighting. In the far corner and up on another level I could hear lots of sawing and pounding. They were putting in some walls and doors which then looked like offices of some kind. They told me the filming would be today so I am headed back to check it out. It will be fun to see what this comes out to be on GRIMM. 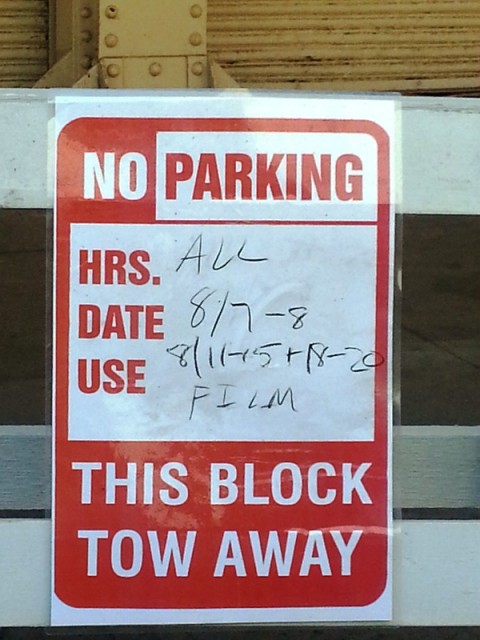 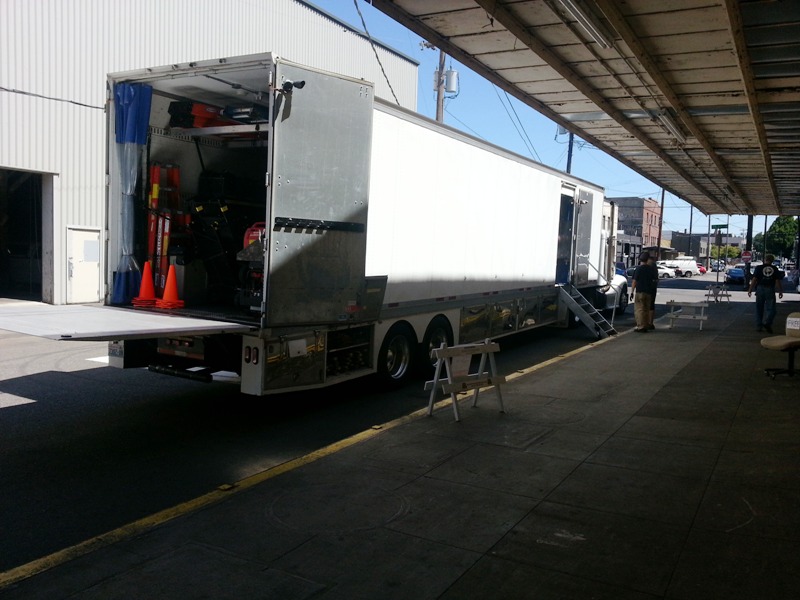 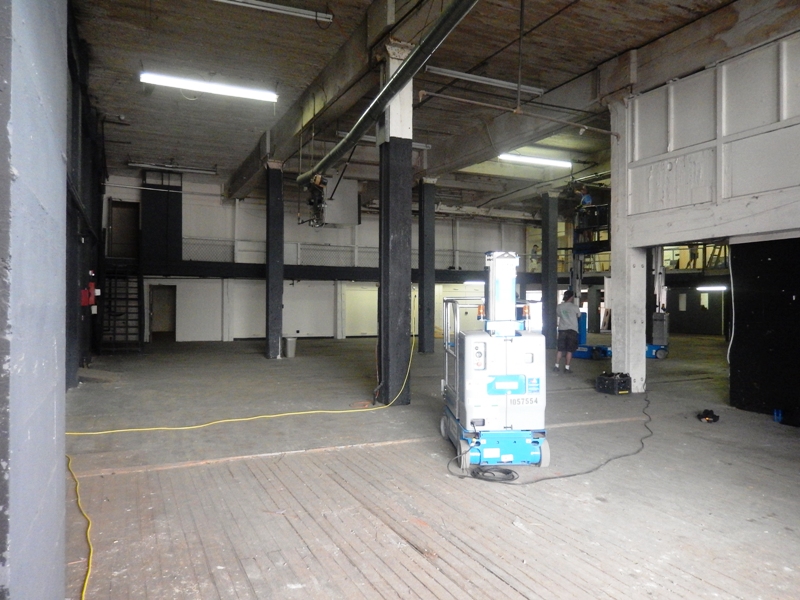 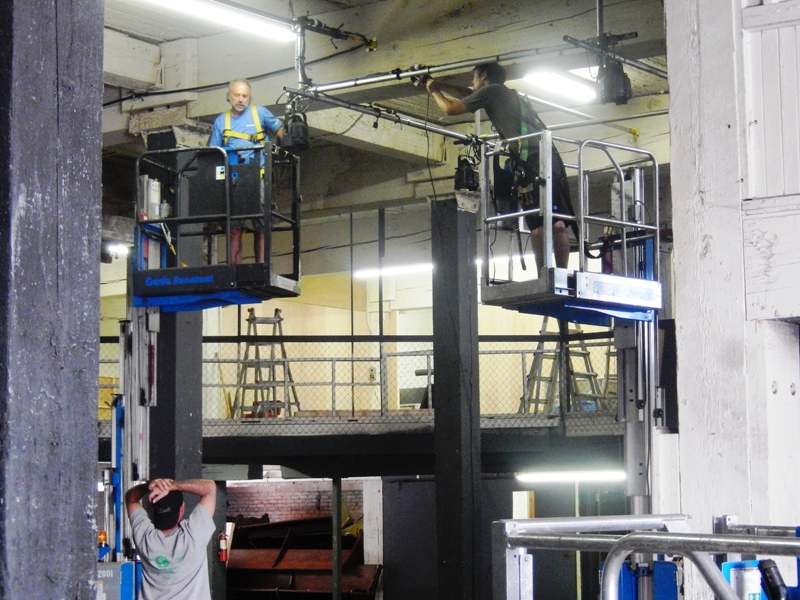 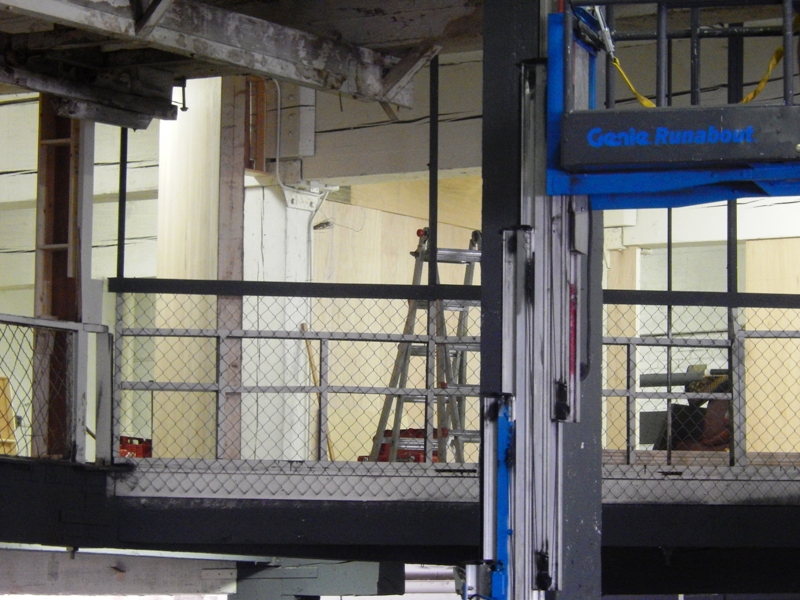 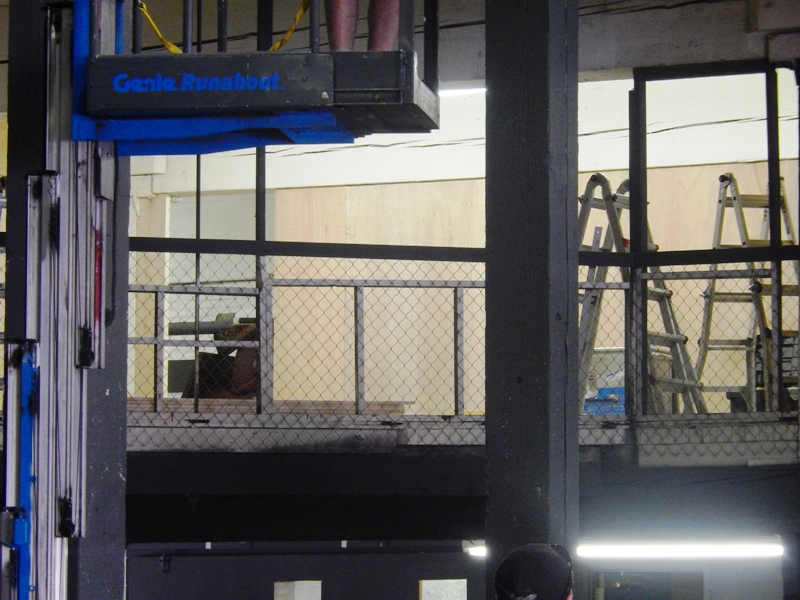 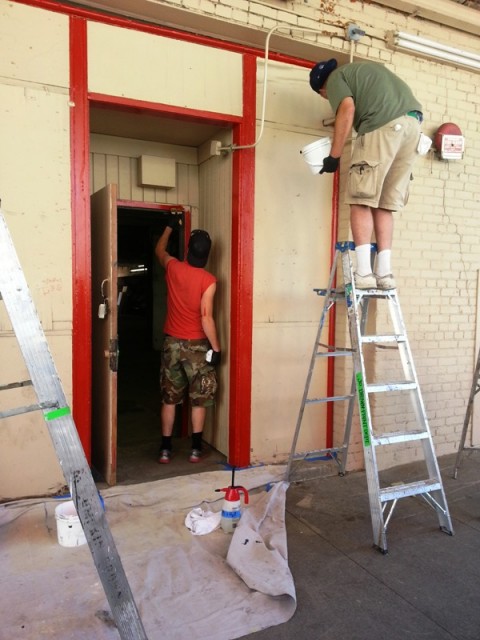 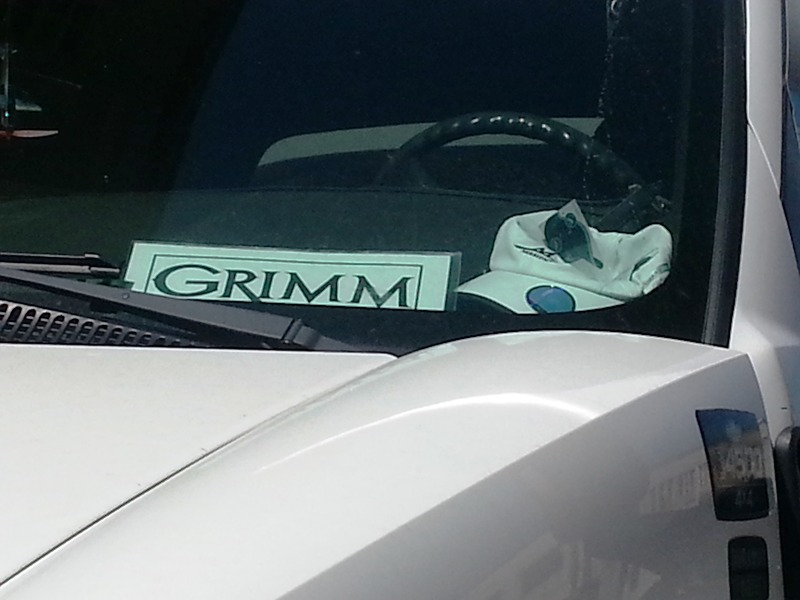