I heard earlier in the day that they were filming at this apartment in SE Portland. I went by in the morning and all I saw were the no parking signs and a couple of security people. After I was done at the boxing ring location I went back and they were setting up to film. The scene was inside one of the apartments so I really could not see anything. As I was standing across the street the vans were coming in and bringing people. One pulled up and David and Russell came out along with a few other women. They were right in front of me so I really could not do photos. David looked at me and smiled and that was enough. Later he came out and went over to grab some food once again walking right next to me. Out of respect I did not want to talk to him while he was there working. I just got a quick picture of him across the street. They went on filming into the early evening. 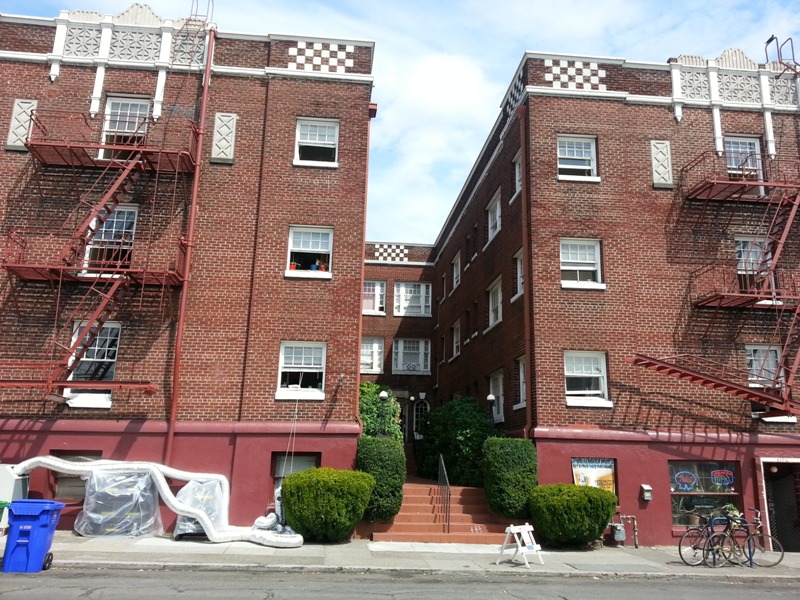 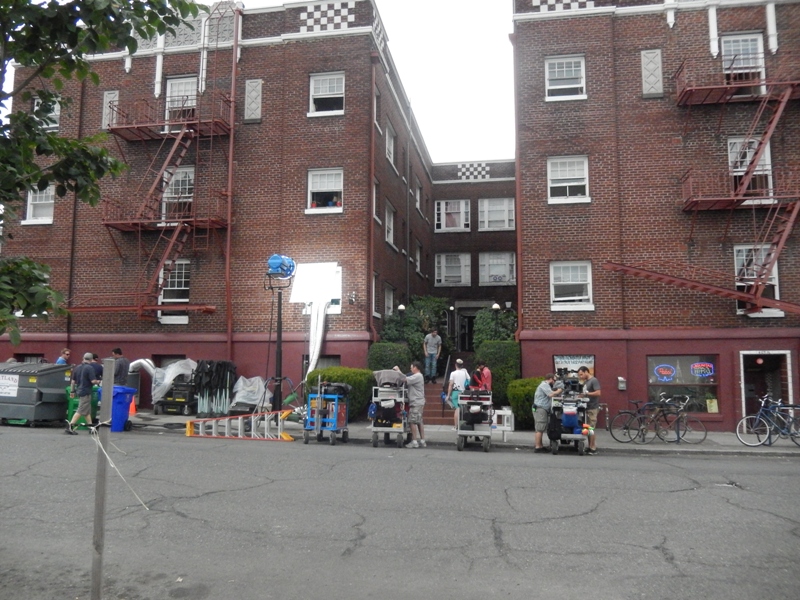 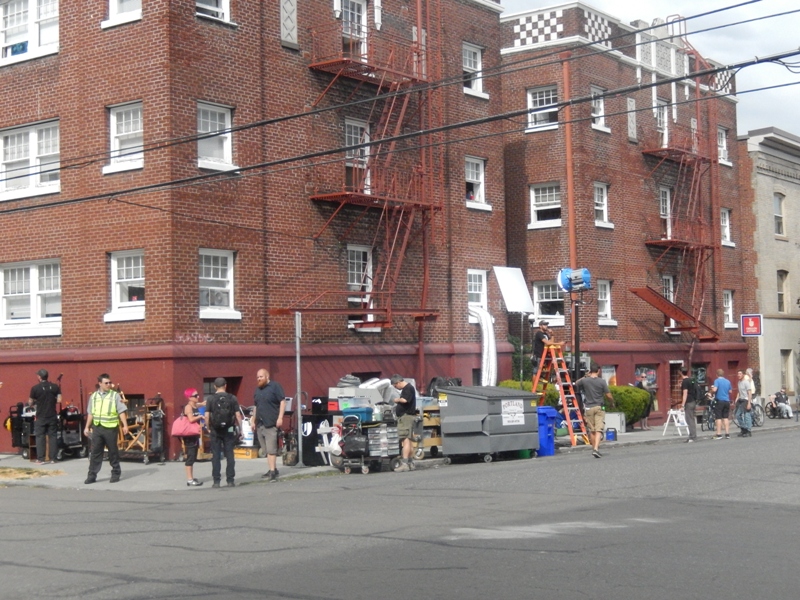 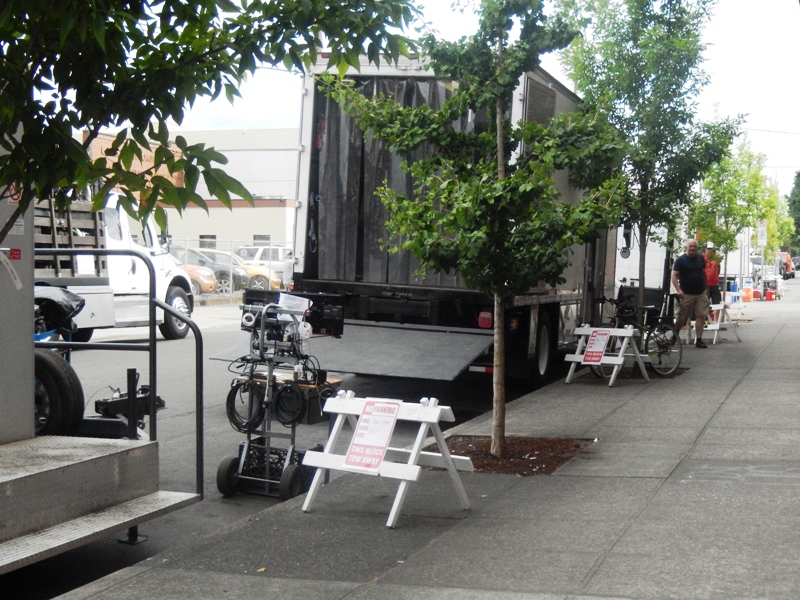 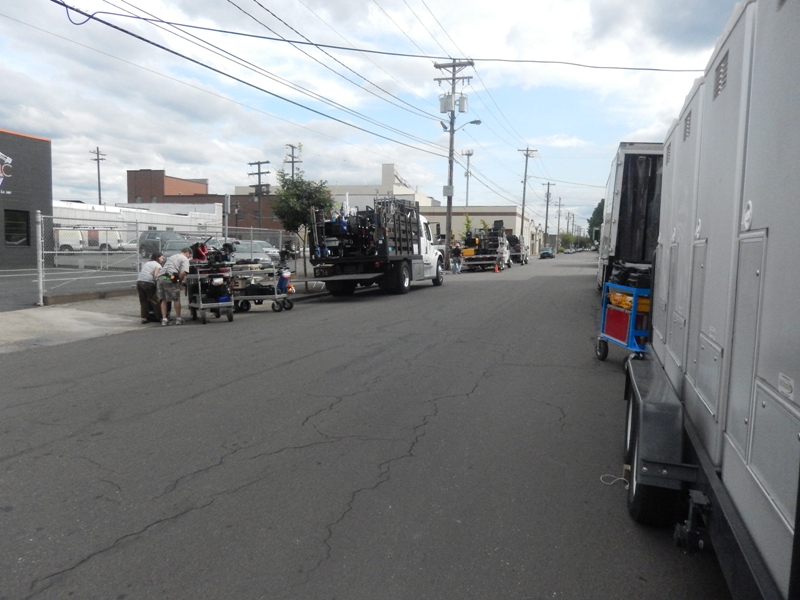 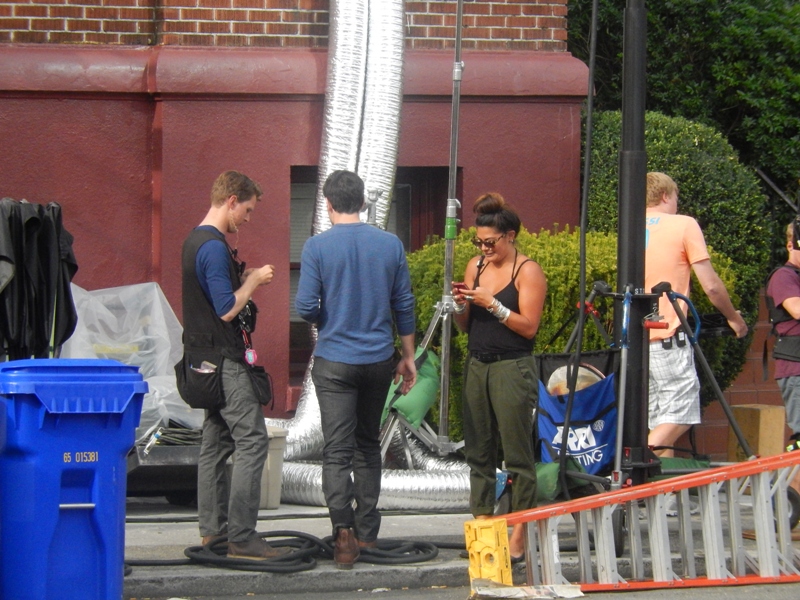